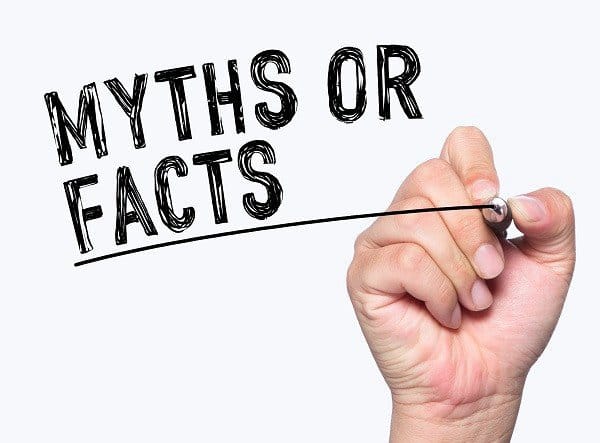 Myth: If you didn’t lose consciousness, you did not sustain a brain injury.

Every TBI is unique, so there’s no way of predicting how and when you will experience symptoms . Some people begin to notice the physical and cognitive changes right away, while others may not experience any symptoms until hours after the injury. In some cases, the physical symptoms will immediately appear, while the cognitive symptoms may not be noticed until you are attempting to complete certain tasks.

Myth: You have to hit your head against something in order to sustain a brain injury.

It is often assumed that a brain injury can only develop after you hit your head against a hard object. This is one way that you can sustain a brain injury, but it’s certainly not the only way. Many people suffer TBIs after their head quickly accelerates forward and decelerates backward, similar to the movement that causes whiplash injuries in a car accident. Although your head does not make contact with a hard object, your brain will still be pushed against the skull, which can lead to a TBI.

Myth: Doctors can diagnose TBIs with MRIs and CT scans.

If a doctor suspects that you have a brain injury, he will most likely perform MRIs and/or CT scans to take a look at your brain. However, there is no guarantee that these tests will see reveal signs of damage. In moderate and severe cases, a doctor can typically spot brain damage using these tests, but this is not always possible with mild cases. If nothing is visible, the doctor will diagnose you with a mild TBI based on his observations alone.

If you have sustained a traumatic brain injury, contact personal injury attorney James Rush at Rush Injury Law . James Rush will immediately begin negotiations with the at-fault party to help you recover the compensation you deserve. Get in touch with our law office by calling 415-897-4801 or filling out the online form on our website www.rushinjurylaw.com to request a free consultation.