7How Evidence From the Car Accident Scene Can Prove Fault 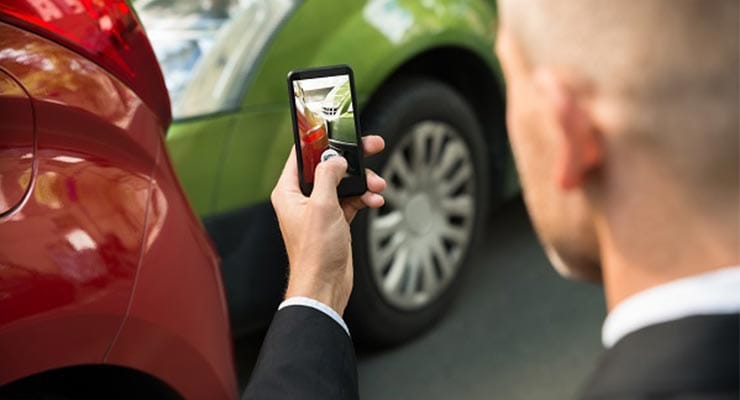 Photographs
Personal injury attorneys recommend taking photos at the scene of the accident, but why? The attorney may pass these photos along to an accident reconstruction expert, who will use them to recreate the accident and determine which driver was at fault. Minor details such as the tire skid marks on the road or the angle at which one car hit the other could be the evidence that the reconstruction expert needs to place the blame on the other driver. For this reason, it’s in your best interest to take as many photos as possible at the scene. You never know what seemingly insignificant detail could be the missing piece of the puzzle that an expert needs to prove the other driver was at fault.

Even if an accident reconstruction expert is not involved, the photos from the scene of the accident can be used to paint a picture of what happened. Photos can clearly show the extent of property damage, the traffic signs nearby, and the location of the accident.

Red Light Cameras
If the accident occurred at an intersection with red light cameras, you may want to look into whether these cameras have any footage of the crash. It’s possible that the cameras captured the moments leading up to the accident, which could prove that the other driver was speeding, not paying attention, or driving aggressively.

9-1-1 Calls
Did anyone at the scene of the accident call 9-1-1? If so, request the audio of this call. The other driver may have admitted fault in the 9-1-1 call by saying, “I just crashed into someone” or “I ran a red light and bumped into another car.” This can be used as proof that he was to blame even if he later denies fault.

Innocent bystanders may also have called 9-1-1 to report the accident, and this audio may be helpful when it comes to proving fault. For example, a witness could have called 9-1-1 and said, “I just saw a speeding car slam into the back of another car,” which indicates that the other driver could be at fault for speeding.

All of this evidence can strengthen your personal injury case and make it easier to recover the compensation that you deserve.

If you have been injured in a car accident, seek legal representation from James Rush at Rush Injury Law. James Rush will immediately begin gathering evidence from the scene of the accident so he can identify the liable parties. Contact our office by calling 415-897-4801 or filling out the online form on our website www.rushinjurylaw.com to request a free consultation.