Police Reports In Car Accidents Are Sometimes A Necessary Tool 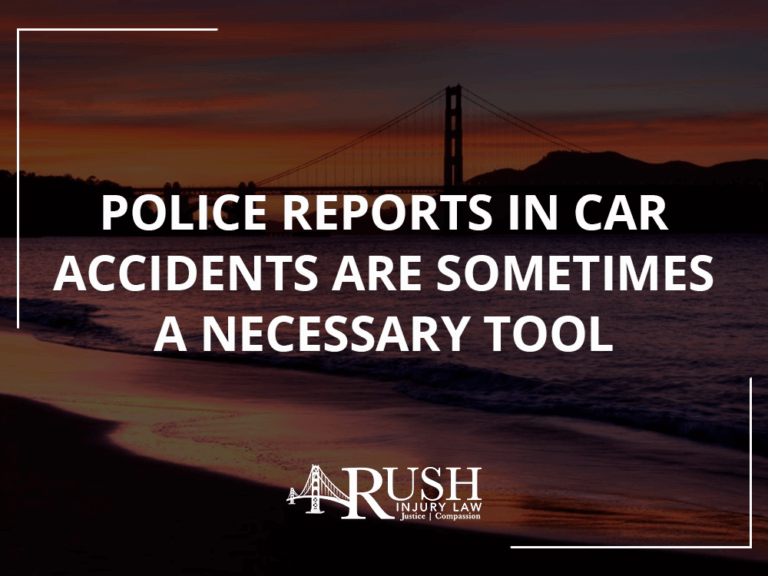 Most drivers won’t readily admit fault in an automobile accident and insurance companies aren’t eager to pay out in “he said, she said” type claims. If you’ve been involved in a car crash that produces significant damage, it’s important to make sure the police are contacted and a report is made. A police report is often the only thing that will keep your claim from being denied.

Not all accidents require a cop to be on the scene. A scratched bumper, busted tail light, or any other small damages might not add up to your insurance deductible. A minor fender bender where there’s only $200 worth a damage is something you won’t file an insurance claim for. If no one is injured and the cars are both fine, drivers will usually share their information but rarely does a claim result.

So why is a police report so important? We like to think the world is full of honest, trustworthy people, but unfortunately, that isn’t the case. A driver who smashes up the front of your car may offer to pay for repairs, but if you don’t file a police report and the driver denies fault, you might be looking at a long battle between two insurance companies who don’t want to pay up. A police report has specific information on it that insurance adjusters want to see before making their own individual reports.

What’s in a Police Report?

A police report will have information that a driver involved in an accident might not remember. Victims of an accident are often emotionally distraught and might have trouble remembering all the different aspects of their ordeal.

At the scene of an accident, cops will record lots of details that drivers might miss. Time and date, weather conditions, the address of the accidents, names of witnesses, and the contact information of everyone involved will be included on these reports, so insurance companies want to see copies of them.

Police also have the authority to assign fault in car accidents and hand out citations. Getting the other driver to admit fault to a police officer is usually a good sign for your claim.

How Do I Obtain a Police Report?

Getting a copy of a police report is a relatively easy task. The responding officer will usually give everyone his card with a phone number for the station. If you aren’t offered one, be sure to ask before everyone leaves the scene.

Call the station and ask for the officer who responded to your accident. You’ll usually need to leave a message, so don’t be long-winded and use some information about the accident to identify yourself. Sometimes you won’t even need to talk to the officer; the station receptionist often has access to police reports of this nature.

If you can’t get anywhere with the station, contact the local courthouse or insurance company of the other driver(s). And be sure to contact Rush Injury Law to discuss your options if you’ve been in a car accident in the San Francisco area.