What’s the Recourse For Injuries Caused By Defective Products? 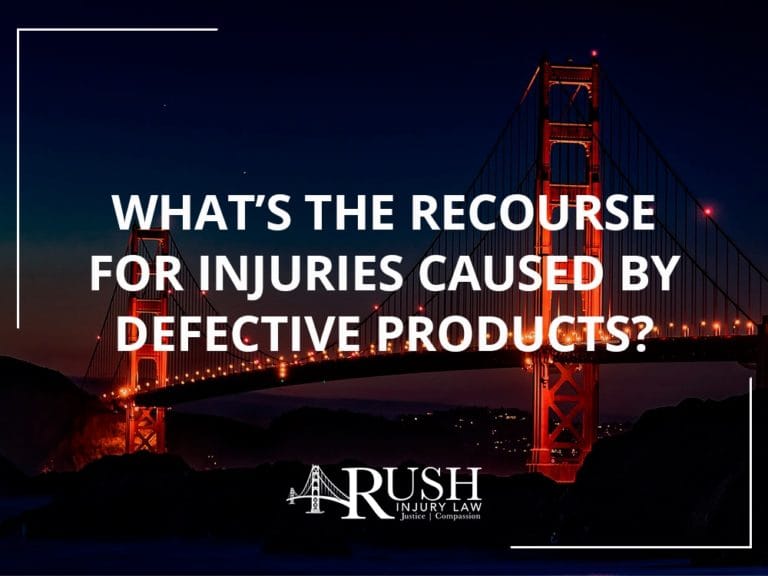 In personal injury cases, your accident is usually caused by a person in your general vicinity. Whether it’s a driver who ran a red light or a property owner who didn’t clear an icy sidewalk, it’s usually not difficult to pinpoint who is to blame. But injuries aren’t always caused by other people. Sometime they’re caused by consumer products and the guilty party might be halfway across the country. If you’ve been injured by a defective consumer products, what are your options for legal recourse?

An important term when discussing injuries from consumer goods is “product liability”. Basically, every merchant in the United States has an obligation to make sure all products that leave their stores and warehouses are suitable for consumers. If a toy company knows a certain action figure has sharp edges and sends it out anyway, they’ll be liable for any injuries suffered due to its use.

There could be a number of guilty parties here. Fault could lie with the manufacturer, distributor, or marketing company that advertised the product. The main types of claims for defective products are:

Design DefectsThese are issues with the product that were immediately introduced in the design phase. Plaintiffs must prove that the company designing the product had reasonable alternatives to prevent the dangerous aspect. For example, if you buy a Nerf gun and the darts come out at a dangerous speed, that’s a defect in design.

Warning DefectsProducts can still be hazardous even if properly designed and manufactured. If a product has dangerous properties that aren’t disclosed to the consumer, they can file a claim under this statute. For example, if a video game system tends to overheat after four consecutive hours of use and this fact isn’t relayed to the consumer, any injuries due to the overheated game console could be eligible for compensation.

Most products purchased by consumers never cause any issues, but some have a repeated history of concerns. Here are the most common types of products that injure the people who buy them.

Vehicles Cars are complicated machines with lots of working parts that can fail. Every couple years, a car manufacturer will recall certain vehicles to fix defects. For example, Mazda recently recalled a number of the 3 series vehicles due to a faulty seat fastener.

FoodYes, food poisoning and illnesses are considered defective products. If you eat at a restaurant that didn’t properly handle the food and wind up with E. coli, you’ll usually be entitled to compensation under these laws. Food preparation must be done carefully to avoid passing bacteria or other nastiness onto the customer.

If you’ve been injured by a defective product, contact Rush Injury Law to go over your options. You might be entitled to compensation for your illnesses and injuries.