My Personal Injury Case: What Are The Possible Resolutions? 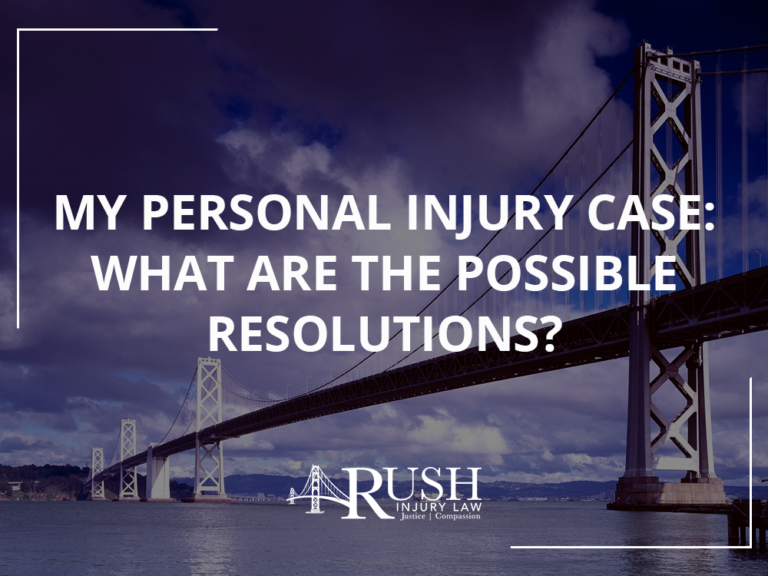 If you have enough evidence that your lawyer wants to move forward with your personal injury case, you likely stand a good chance of getting some type of compensation. But outcomes in personal injury claims can’t be boiled down to just winning and losing. Sometimes there’s a winner, sometimes there’s a loser, but often the case never makes it before a judge. The online legal library Nolo.com ran a poll amongst their readers and found that 70% of personal injury claims ended with the plaintiff receiving some form of compensation and only 4% of those rewards came from a court case. So don’t fret if you’re terrified of the courthouse.

Resolutions Outside The Courtroom

Two main reasons exist that keep a personal injury claim from going to trial. First, the injured party could decide to drop their claim all together. Perhaps they don’t have enough money to continue paying their lawyer, or the lawyer did some digging and concluded that compensation was unlikely. But dropping a personal injury claim has consequences. In some instances, you might even have to pay the other party’s legal fees.

But the top reason personal injury claims don’t go to trial is an out-of-court settlement. Settlement compensation can vary, but they usually require the plaintiff drop the lawsuit in exchange for money and bills paids. Settlements usually reward the injured party with cash and pick up the check on any bills or lost wages. Usually, this is the ideal outcome because victims get rewarded and defendants keep their name out of the news.

If You Go To Court

If an agreement can’t be reached before trial, the case will go before a judge. California practices the doctrine of comparative negligence, meaning that both parties can be deemed responsible for a portion of the accident. Winners and losers still exist in these types of cases, but an injured party who was 10% responsible for an accident will still be forfeiting some cash.

Say you were involved in a car accident on a wet road. You were going 10 miles over the speed limit when another car blew a stop sign and smashed into the front of your car. Both you and the other driver claim the other was at fault, so the case goes to court. The damages from the accident total $50,000, but the judge deems that the other driver was 80% responsible because they blew a stop sign, but you were 20% responsible because of the speeding. In this situation, the other driver gets $10,000 and you get $40,000. Comparative negligence usually means winners and losers are blended into a gray area where both parties can be compensated.

Your lawyer in your personal injury case will know your odds of winning a court case and will proceed in the best manner. If you’ve been injured through someone else’s negligence and think you may be entitled to compensation, contact Rush Injury Law right away and schedule a consultation.